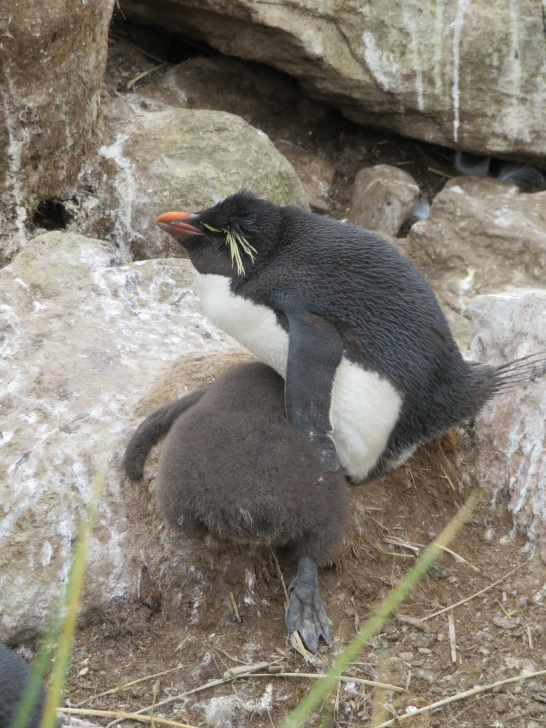 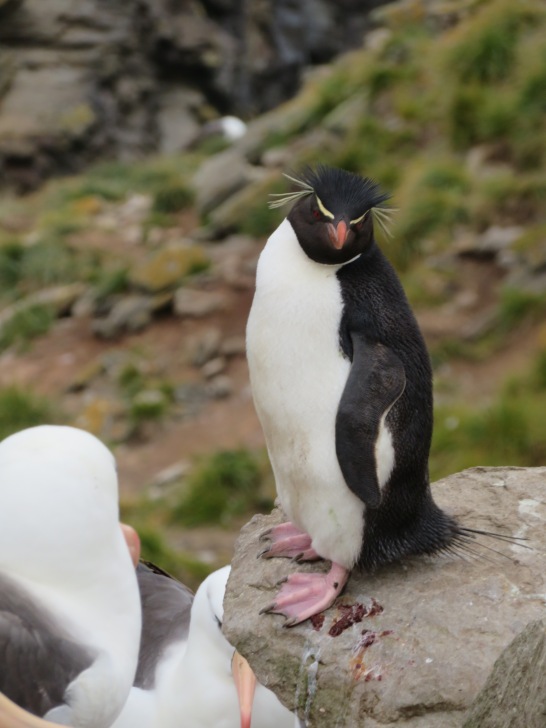 Of course our main reason to visit the Falkland Islands was the wildlife and it did not disappoint in this regard.  In fact here was one of my favourite landings of the whole 21 day trip, namely Saunders Island. 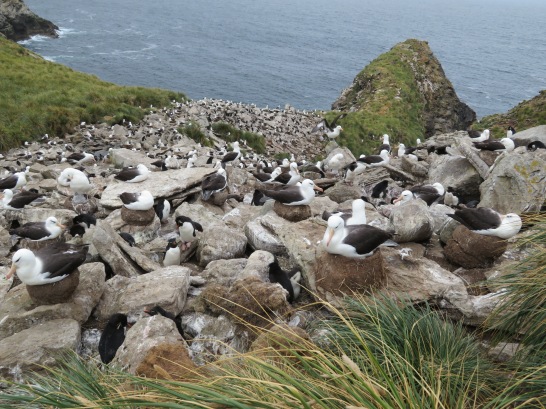 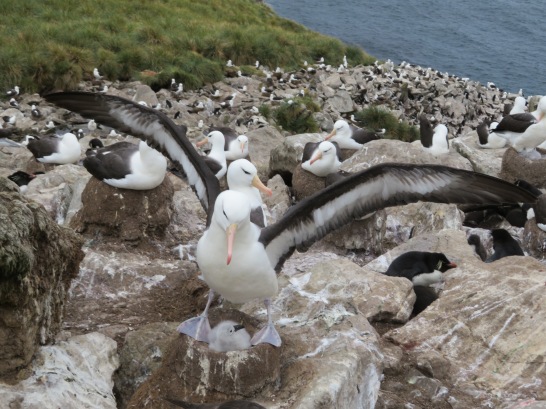 At West Point we walked across the island to an area of tussock grasses hidden in the middle of which were hundreds of black browed albatrosses nesting side by side with the rather diddy (approximately 50cm high) rockhopper penguins. It was a magnificent first wildlife sighting and the sheer number of birds here was spectacular.  We also got to see a striated caracara (known locally as Johnny rook) which is one of the world’s rarest birds (albeit there are fairly large numbers in the Falklands so the odds were in our favour) and various geese and other birds. 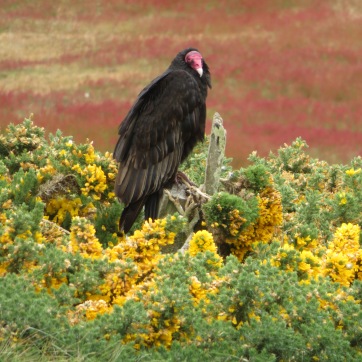 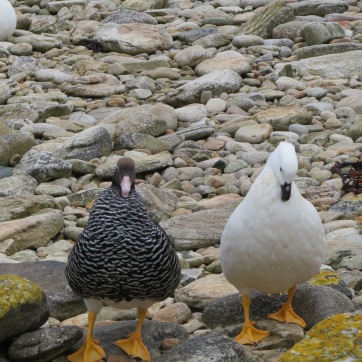 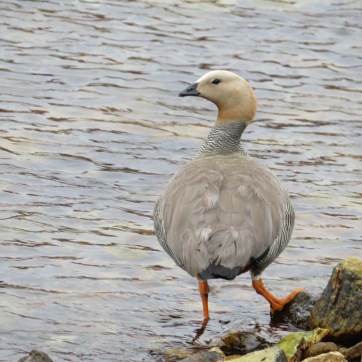 That afternoon we landed on the beach of Saunders Island for a truly magical landing.  As soon as we clambered ashore from the zodiac, there were penguins everywhere, a feast for sore eyes.  This small area was home to 4 different types of penguins: magellanic, gentoo, rockhoppers and a relatively small colony of king penguins. 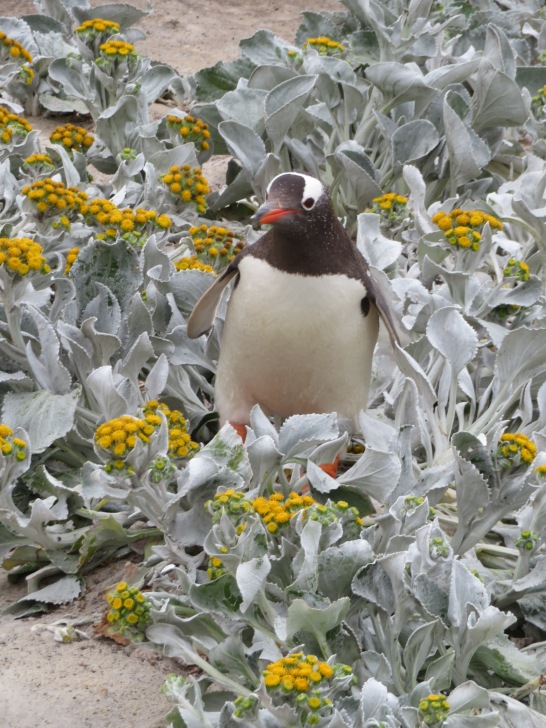 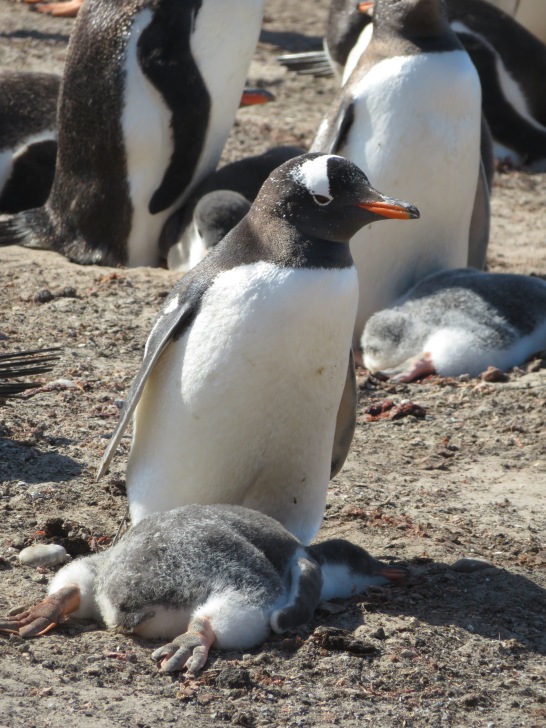 In the beautiful turquoise waters off a wonderful sandy beach we also saw some small commerson dolphins.  In my ignorance up until this point I had thought all dolphins were grey but these were black and white beauties.  Although were a little far away for me to capture on film, you could still see them in the water as it was so clear. Fortunately the beach here was one of the ones which is free of land mines, a fact which sadly is not true for all beaches in the Falkland Islands – another unpleasant reminder of the conflict over 35 years ago. 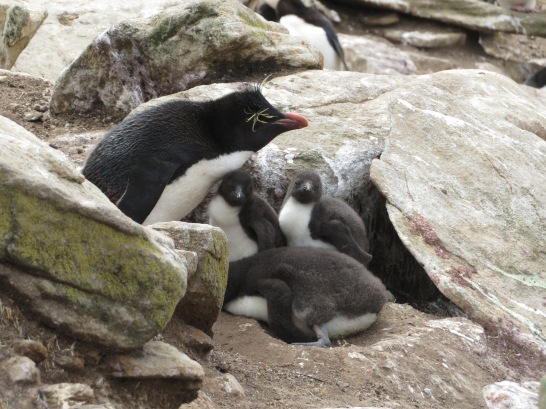 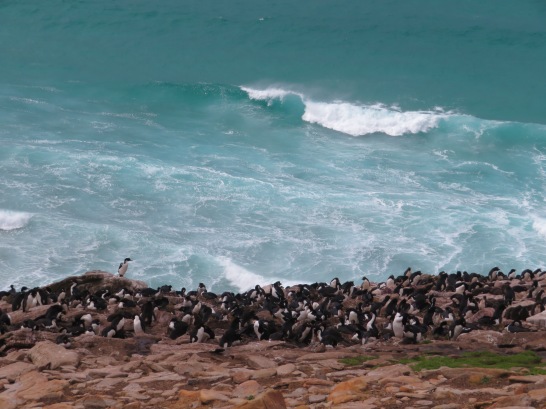 While the rockhopper penguins seemed to keep themselves separate from the others (preferring to nest on the rocks (of course!) above the beach), the other penguins seemed more sociable and happy to intermingle, especially where the boundaries of their colonies were not clearly demarcated.  Given the vast numbers, essentially they were all nesting on top of each other but it didn’t seem to bother them too much. 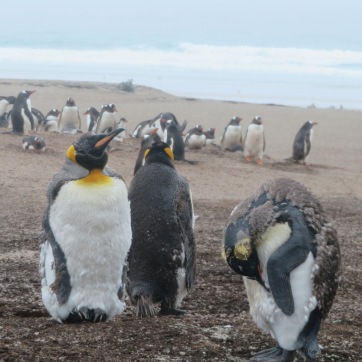 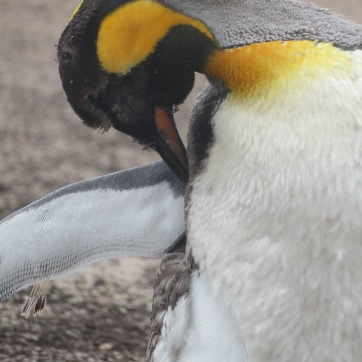 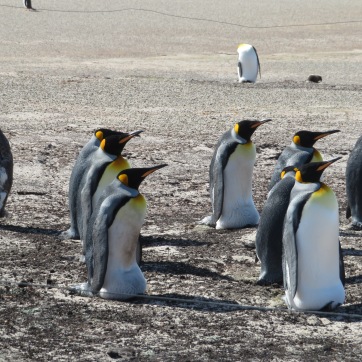 The penguins were also pretty unphased by us. We were told to ensure that we remained 5 metres away from the wildlife at all times and the expedition team marked out a trail for us to follow to minimise wildlife disturbance.  However, not all of the penguins had obviously got the memo about the 5 metre rule as the more curious among them would come a lot closer to have a good look (and occasionally the odd peck).  Simply wonderful flippered fools.