It’s fair to say our time in Colombia was brief – all too brief – but colourful nonetheless. In fact we were only there for 3 nights – in the vibrant Cartagena de Indias (to use its full name) – before taking flights down the full length of the continent to the southernmost tip of Argentina, Ushuaia.  In our defence (!), Colombia had never been on our original itinerary but it somehow slipped in there at the end of our sailing trip from Panama City.  And yes it would have been great to spend more time in this fascinating country but – even with an extended trip – it turns out that there is not enough time to do it all.  Shame. 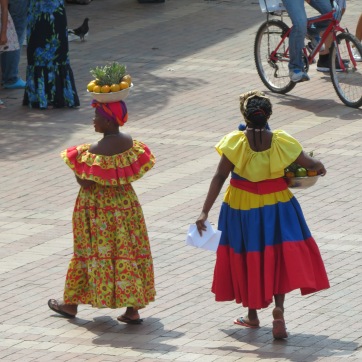 Palenqueras: descendants of slaves who were the first to run away from the Spanish

But what little we did see was all very positive including the temperature.  Here we were basking in December in mid 30 degree temperatures (quite humid too) which is always a strange sensation for Northern Hemisphere inhabitants when you are walking around in shorts seeing Christmas decorations.

We took it pretty easy while we were here – strolling around the beautiful Old City and other neighbourhoods which have seen a certain amount of gentrification in recent years as well as visiting the City’s quite formidable (mostly against the English!) fortifications. 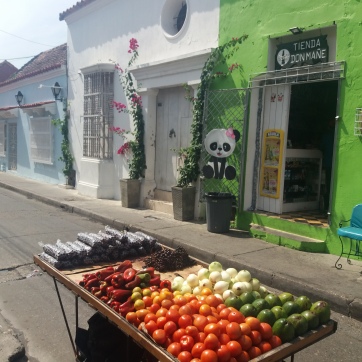 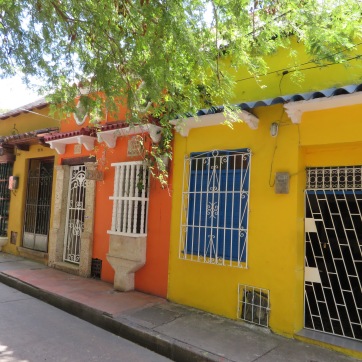 In fact, it sounds like Cartagena has changed beyond all recognition in recent years: picturesque districts such as Getsemani previously characterised by crime are now the city’s newest hotposts with previous drug dealing spots now the sites of boutique hotels etc etc.  Already there are a lot of tourists here so we may have missed a trick not exploring more of this country but “you can’t do it all” (apparently!).  More’s the pity.