Boat trip down the River Usumacinta to Yaxchilán

Our first few days in Mexico saw us complete our Mayan route, a journey that has also taken us through Guatemala, Honduras and El Salvador.  However on this trip we are not covering all the Mayan sites (we’ve previously visited the mighty Chichen Itza and Tulum and will not be visiting them again this time).  After all, Mexico is a big country and our main purpose in coming here was for the Day of the Dead celebrations in the middle of our journey through Central America (albeit a journey that will now not include Nicaragua regrettably).

My favourite Mayan site is the majestic Palenque in yet another jungle setting although the size of this site is far more manageable than Tikal.  As our hotel pretty much bordered the park entrance, we were able to get there early before others and also before the heat of the day reached its crescendo.

We also visited Yaxchilán (accessible only by boat down the Rio Usumacinta (which marks the border between Mexico and Guatemala) into the depths of the Lacandon Jungle) as well as the vast Grand Plaza and Mayan murals of Bonampak.  We made these two visits on an organised tour with a group comprising of us (the only Europeans), a few Mexican couples and then a whole swathe of older Mexican women who seemed to be on some sort of Women’s Institute or equivalent day out.  And what a merry time they were all having tucking into beers at lunch time, singing along to the minibus radio, hitting on the 35 year old or so attractive Brazilian male travelling solo and generally cackling away at their own jokes and especially at the very light hearted rom com film that I think the driver only put on in the vague hope it might calm the rowdiness down.  Some hope!  Their high spirits were infectious though and a good day was had by all.  However I was somewhat relieved that we were not staying in the same hotel as I’m not sure we could have kept up with the partying despite their being at least 20 years’ older! 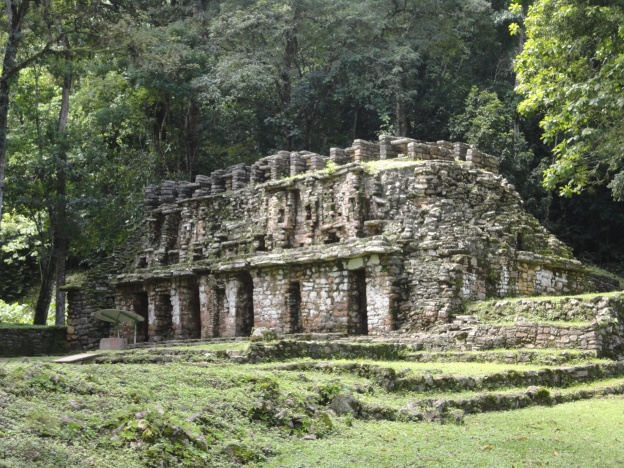 As well as Mayan ruins, in this part of Mexico we also saw some spectacular waterfalls as well as the impressive Sumidero Canyon whose cliffs soar as high as 1000m. The Rio Grijalva which flows 13 kilometres through the narrow Canyon is home to spider monkeys, crocodiles and lots of birdlife including pelicans.  Unfortunately the river (which has been dammed to produce hydro electic power) collects a lot of rubbish too (mainly plastics) from the rivers that flow through densely populated urban areas into it, especially during the rainy season (i.e. now) and the waste tends to build up in the canyon because of its narrowness.  Such a shame in such a spectacularly beautiful natural site: another stark reminder of the negative impact of man on the natural environment.

While there was no opportunity to swim in the Canyon (to avoid becoming lunch for the crocodiles), we had plenty of opportunities for splashing around in the various waterfalls of Roberto Barrios, Misol-Ha and Agua Azul (although here the waters weren’t quite as blue as their name suggests or as blue as they would have been during the dry season).  Our favourite was Roberto Barrios, perhaps also because this was less crowded and less commercial than the main draw in the region, Agua Azul. 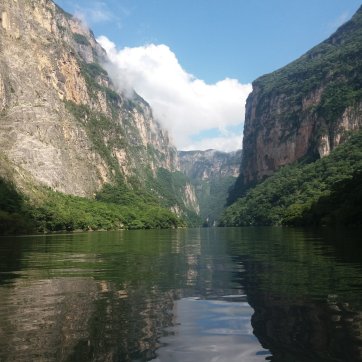 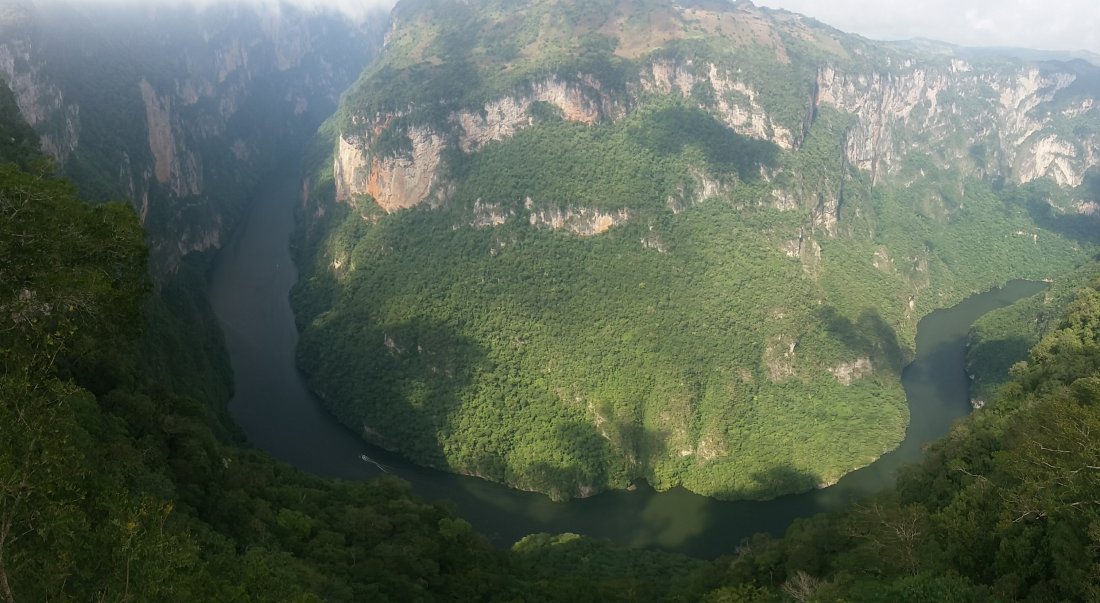 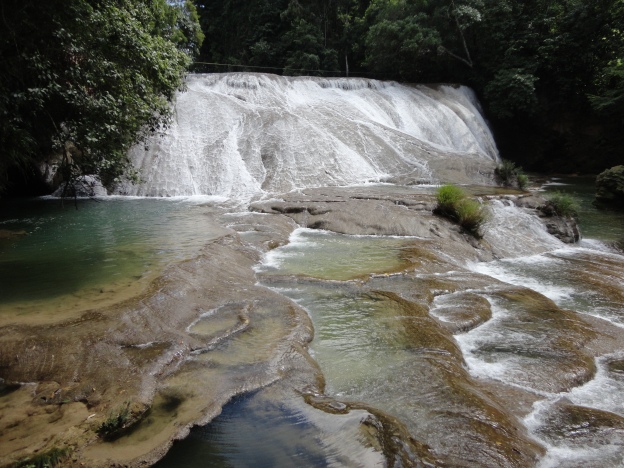