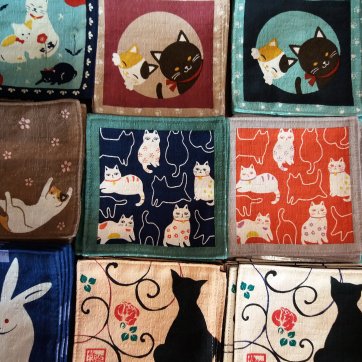 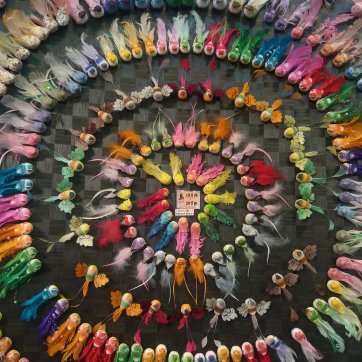 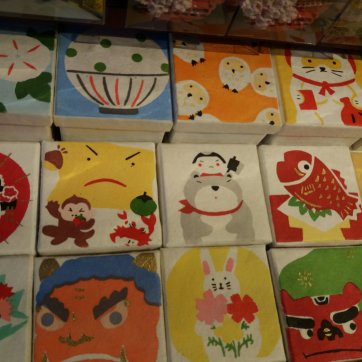 Japan does “cute” or “kawaii” extremely well. Shops selling everything from gifts to clothes to food are filled with exquisite pieces each beautifully presented and then packaged even more perfectly on purchase. It’s probably fair to say that in a lot of shops I wasn’t entirely sure if I was looking at sweets, other food stuffs, soaps or some other trinket but this didn’t stop my admiration nor indeed the amount of business the stores were doing (presumably the local customers were a bit more clued up on what they were actually buying). 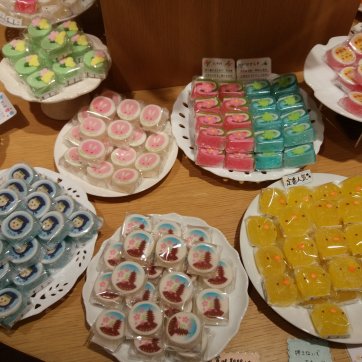 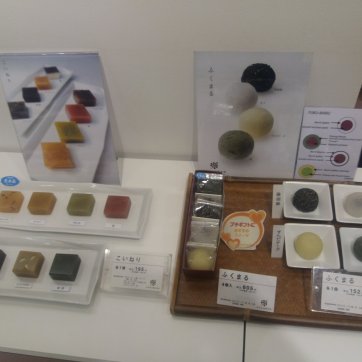 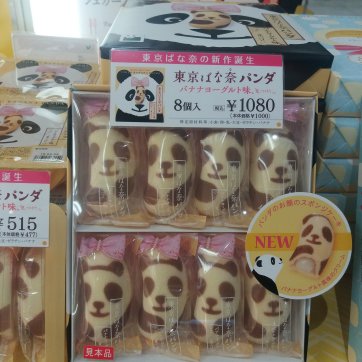 These are probably wagashi (Japanese sweets) but am still not sure about the middle one; the one on the right is called Tokyo Banana Panda

Unsurprisingly, we saw a number of Hello Kitty shops. But we also saw other cartoon characters such as Snoopy on everything from sushi and rice dishes to 3D latte art works. This then begged the question of whether you could bring yourself to spoil any of these “works of art” by actually eating or drinking any of them or would you just admire them until they went off? 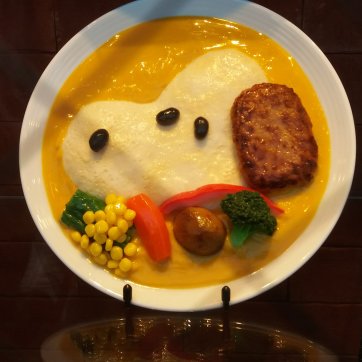 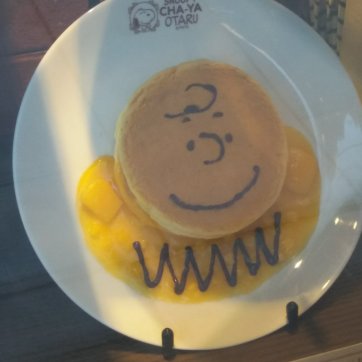 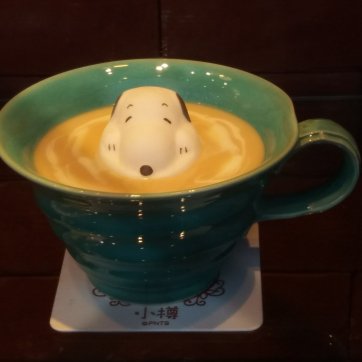 Probably our most full on kawaii experience was on our first day in Japan where we decided to take lunch in the Kawaii Monster Café just off Takeshita street in Tokyo’s Harajuku district (Tokyo’s fashionista district). I guess the clue was in the title but at that time, we weren’t fully au fait with this part of Japanese culture. The restaurant was totally zany with lurid and clashing colours everywhere and I mean everywhere from the decor and the waiting staff to the food itself. Blue noodles anyone? Only in Japan! 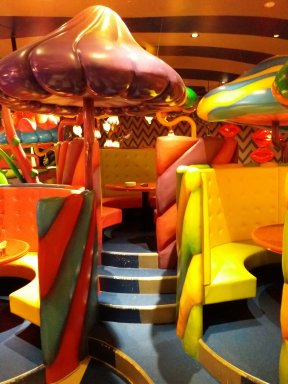 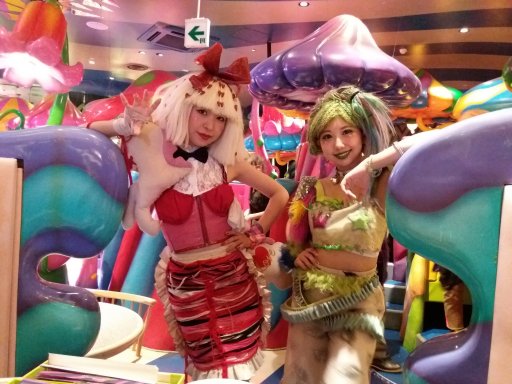 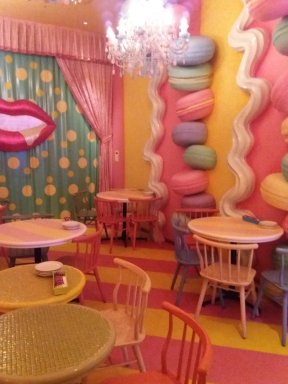 But it’s not just in shops that you see cute things. Just while walking along the street, you come across ordinary signposts which are adorned with little cute cats (the Japanese seem slightly obsessed with cats and even have cat cafés where you can go and stroke a cat while sipping your cappuccino!). If you look down while you are walking, you can even spot the odd manhole cover which has had the kawaii make over. In fact as you start looking around, you realise that the cute stuff is pretty much everywhere. I guess plain is boring and the Japanese don’t seem to do boring. 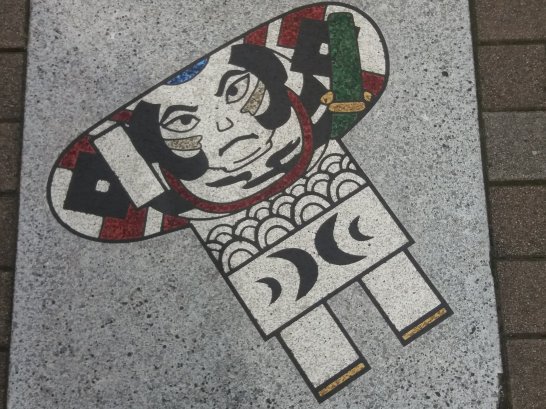 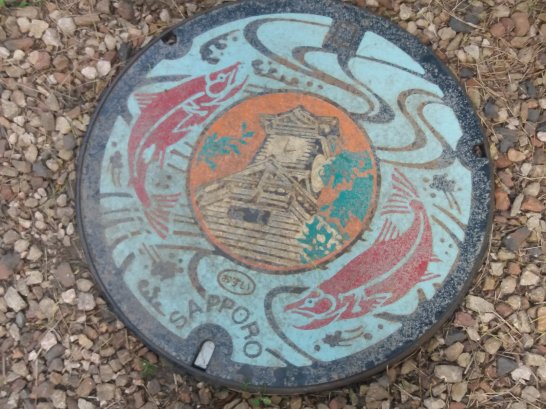 The Japanese obsession with gachapon (capsule toys) is also a strange one to the outsider. Toys typically range in price from ¥100 to ¥500 (70p to £3.50) and it’s not just children who buy these little toys, far from it. These machines can be found all round the country, especially in Tokyo where there are many shops dedicated entirely to gachapon dispensing machines. It’s quite an odd phenomenon to say the least and personally, I find it quite hard to see what their draw is. But it’s there and it’s big. And then there’s the population’s keen interest in animé and manga (Japanese comics) (and even “adult manga” which slightly blows the mind). All this seems slightly at odds with a society which has such traditional and even old fashioned principles at the root of its daily life. But it’s these odd contradictions which somehow all mesh together seamlessly to form this fascinating country. 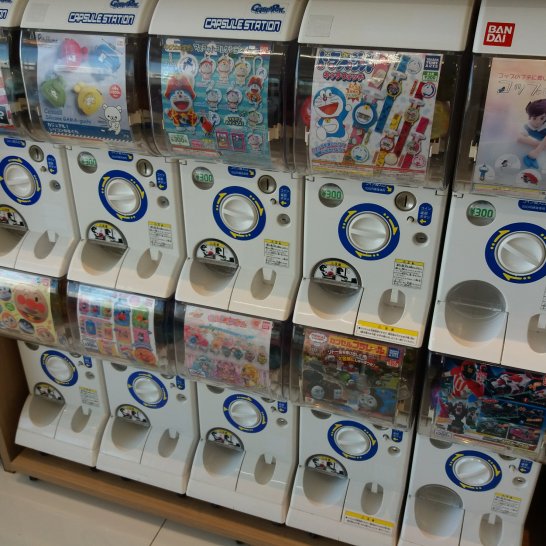 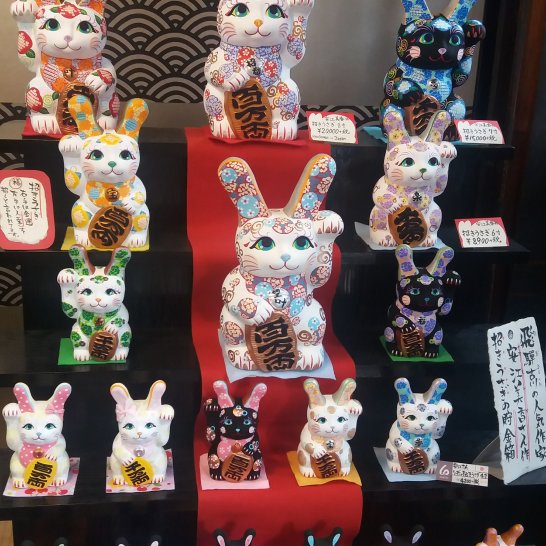 L: A row of gachapon machines; R: Waving Bunny is a variation of the ubiquitous Waving Lucky Cat