And if you don’t have the time or inclination to sit down and eat in a restaurant, there’s a lot of other food options.

First off, there are vending machines on pretty much every street corner. Admittedly these mainly sell soft drinks but you also see vending machines for snacks (including unidentified “calorie mate”), ice creams, hot drinks, beer and cigarettes. The machines always seemed to be fully stocked and in full functioning order and able to give heaps of change. Sadly I don’t think they would last longer than an hour on a Friday night in a UK city; actually scrap that, they wouldn’t even get to Friday night. 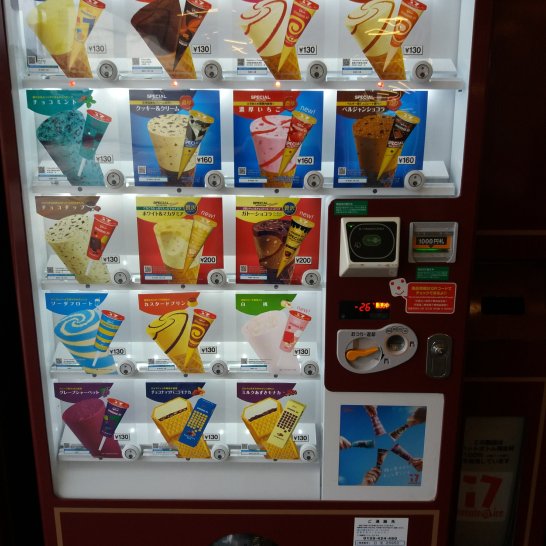 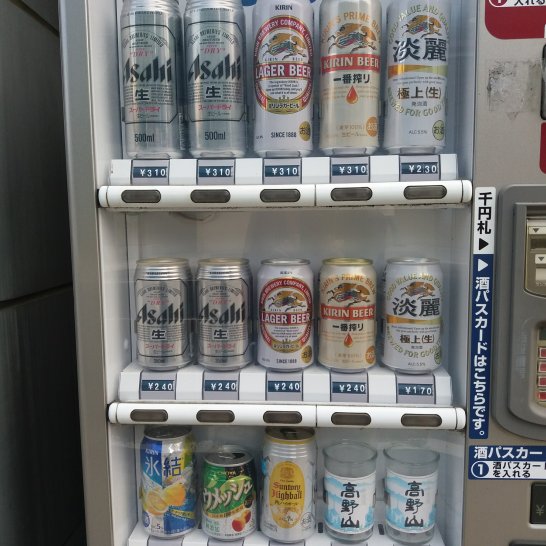 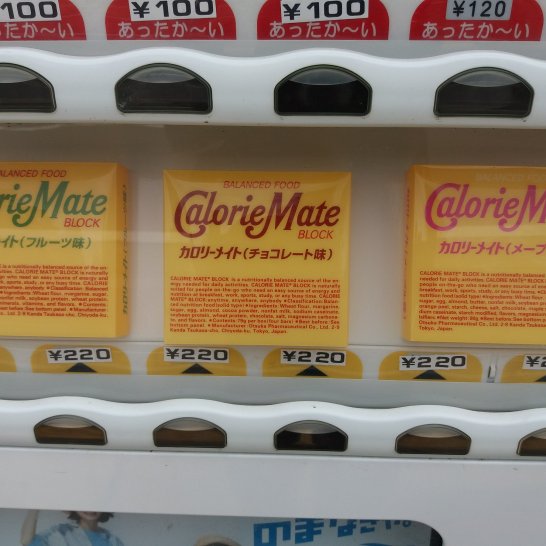 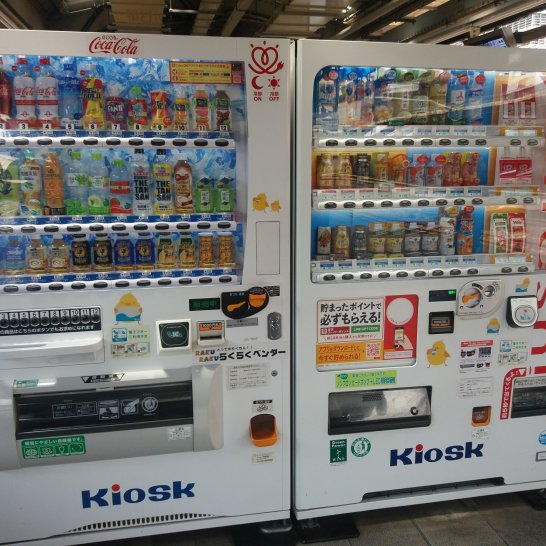 If a vending machine doesn’t do it for you, then surely in one of the ubiquitous convenience stores, you will be able to find something that takes your fancy.  These are great and perhaps a little too easy to pop into (given they are everywhere and many stay open round the clock).  They also have ATMs, toilets and pretty good caffe latte machines (at a steal of a price) so are pretty convenient all round (living up to their name).  There’s also a hot counter selling lots of naughty treats which were often quite tempting (let’s face it, the white bread sandwiches weren’t always the most appealing (even if the crusts had all been carefully removed for no apparent reason)).  And if you wanted to pretend you weren’t eating on the hoof, you could even sit down in the small seating areas that most of the stores had. What’s not to like especially if you are on a budget (especially if you ignore balanced diets and all that good stuff)?  Perhaps we did overuse them a little as we even became rather brand loyal to 7/11 or Family Mart in preference to Lawson or Mini stop (and were definitely not fans of Hokkaido’s home brand, Seicomart).  But I defy any visitor to Japan not to pop into a convenience store at some point: they are just far too convenient!

For your train journeys, if you decided against doing a 7/11 run, it was easy to pick up bento boxes for the journey.  I think these can be more accurately described as “lucky dip” boxes as I always found something a little odd or unidentifiable somewhere in the box and didn’t quite get the hang of them if I’m honest. 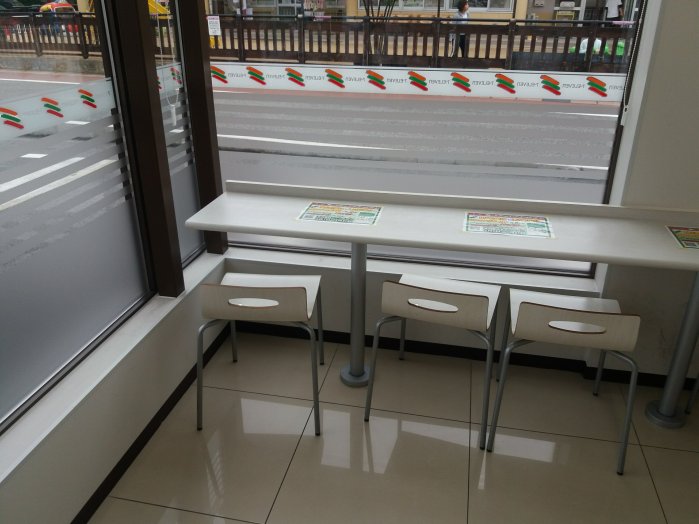 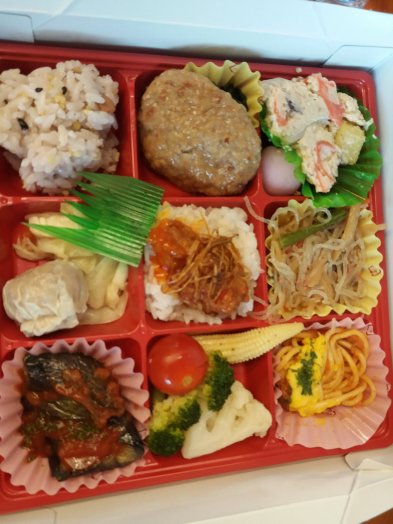 And then there’s all the different street foods which vary from region to region: from curry bread to midarashi dango (ball shaped rice cakes with soy sauce skewered on a stick) in Takayama to octopus balls and other types of fish (some cooked, some raw): sometimes we knew what we were ordering, other times we just took a chance and then sometimes we just looked and didn’t try. 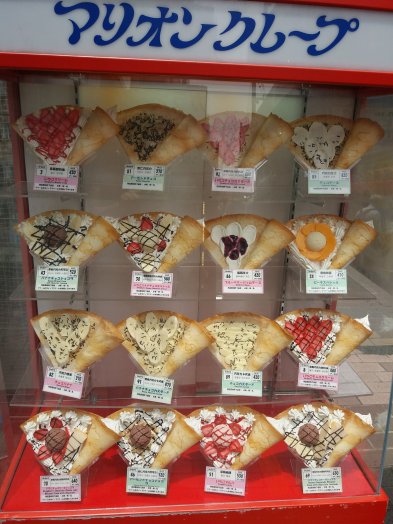 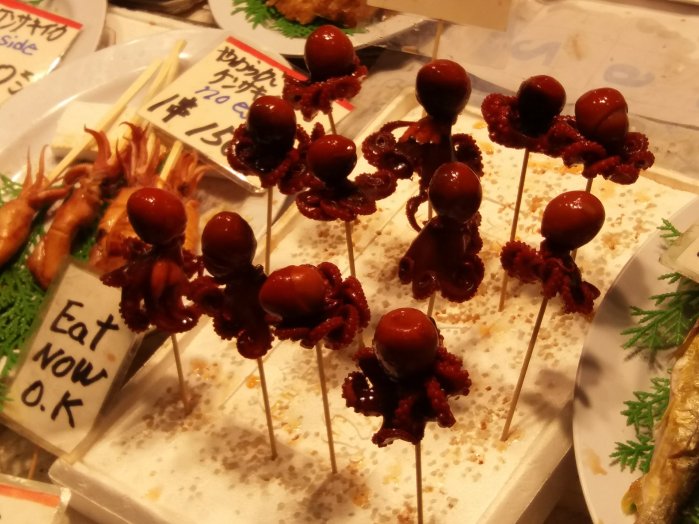 And finally, there’s matcha: i.e. green tea.  As well as the drink itself (which can be served hot or cold and even as a green tea latte (my advice on that one: avoid)), you can get matcha sweets, matcha ice cream, matcha cookies etc, you get the idea.  In fact some shops were dedicated entirely to selling green tea products: this appeared to be quite a thing. 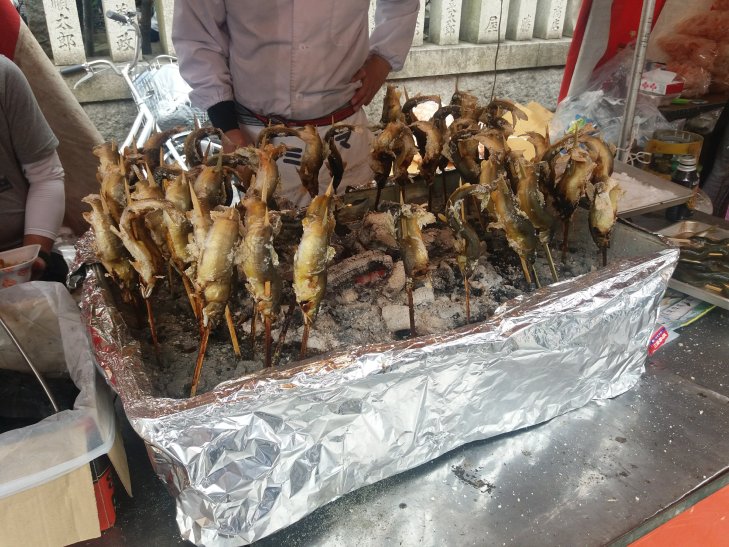 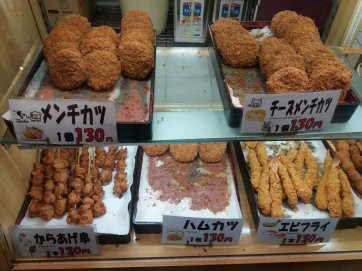 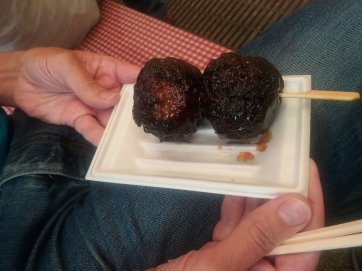 Unfortunately however whatever food you buy, the Japanese are completely over-zealous about their packaging and simply put, there’s just way too much of it. It’s totally unnecessary: sometimes before you knew it, items had even been triple bagged when they shouldn’t have even been single bagged in the first place.  In one convenience store, bananas were all individually wrapped in plastic and then at the counter put in additional plastic bags: yet they already had their own natural packaging (i.e. their skin) anyway.  This feels particularly archaic at a time when many western countries are dispensing with plastic bags altogether and trying to get plastic usage down: for some reason, Japan is very behind on this front and surely must have to change its attitude in the not too distant future.  True they have lots of (quite complicated) recycling bins etc, but let’s not create the waste that needs to be recycled in the first place. 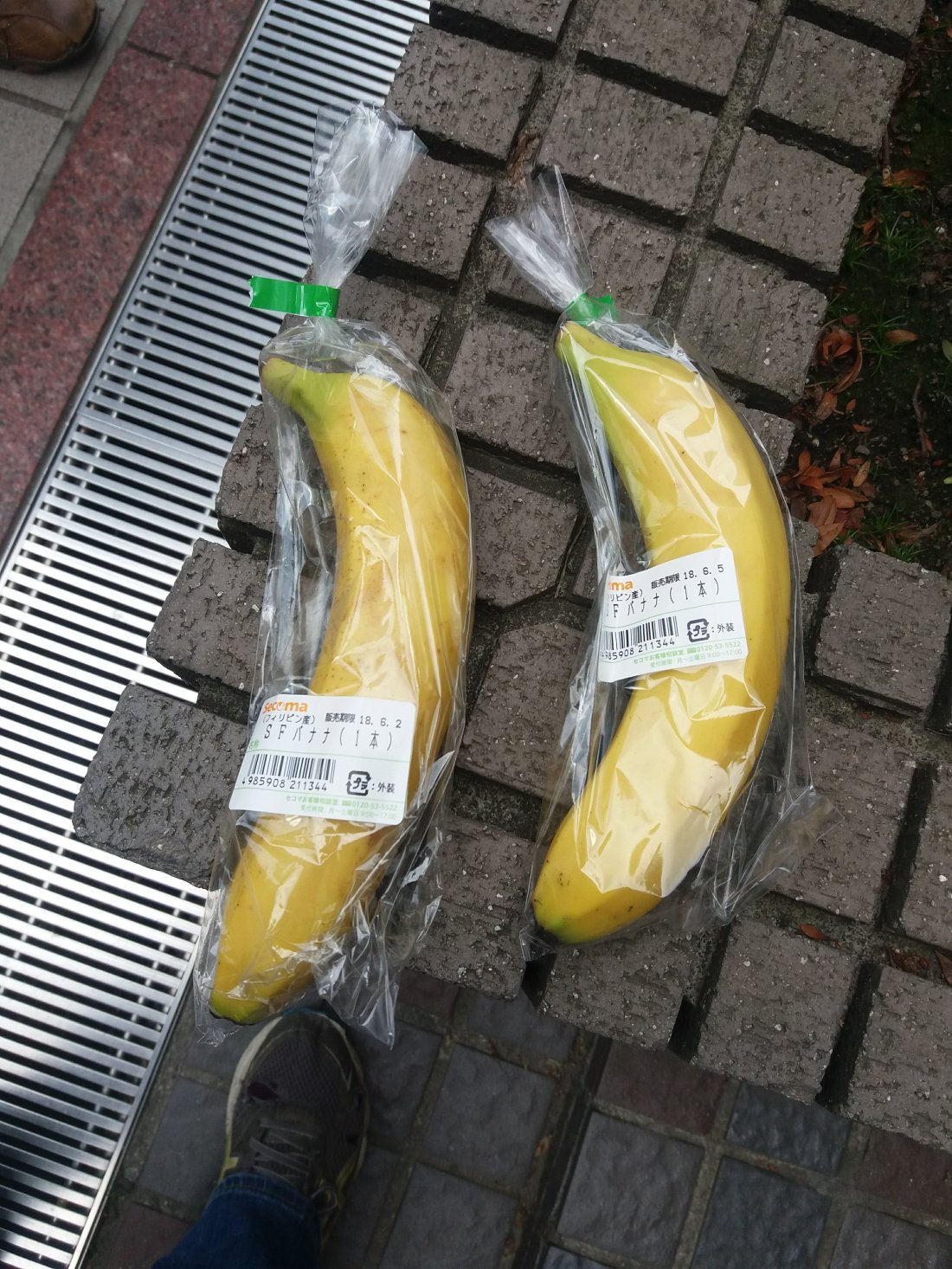