Our final days in Rajasthan were spent in the Shekhawati region which is slightly off the confirmed tourist trail. It is renowned for the painted havellis (ornately decorated residences): these were built by merchants who played games of “one up man ship” with each other to see who could have the most beautifully decorated houses. Originally these towns were on the busy trading routes but trade was curtailed both with the rise of the ports at Mumbhai and Kolkata and also by Partition as the trading routes with Pakistan were cut off. As a result, sadly, today the owners seem to have lost interest in these buildings and the majority of the havellis have fallen into disrepair which is a shame. Many are now being pulled down and replaced with modern (and ugly) shopping premises. 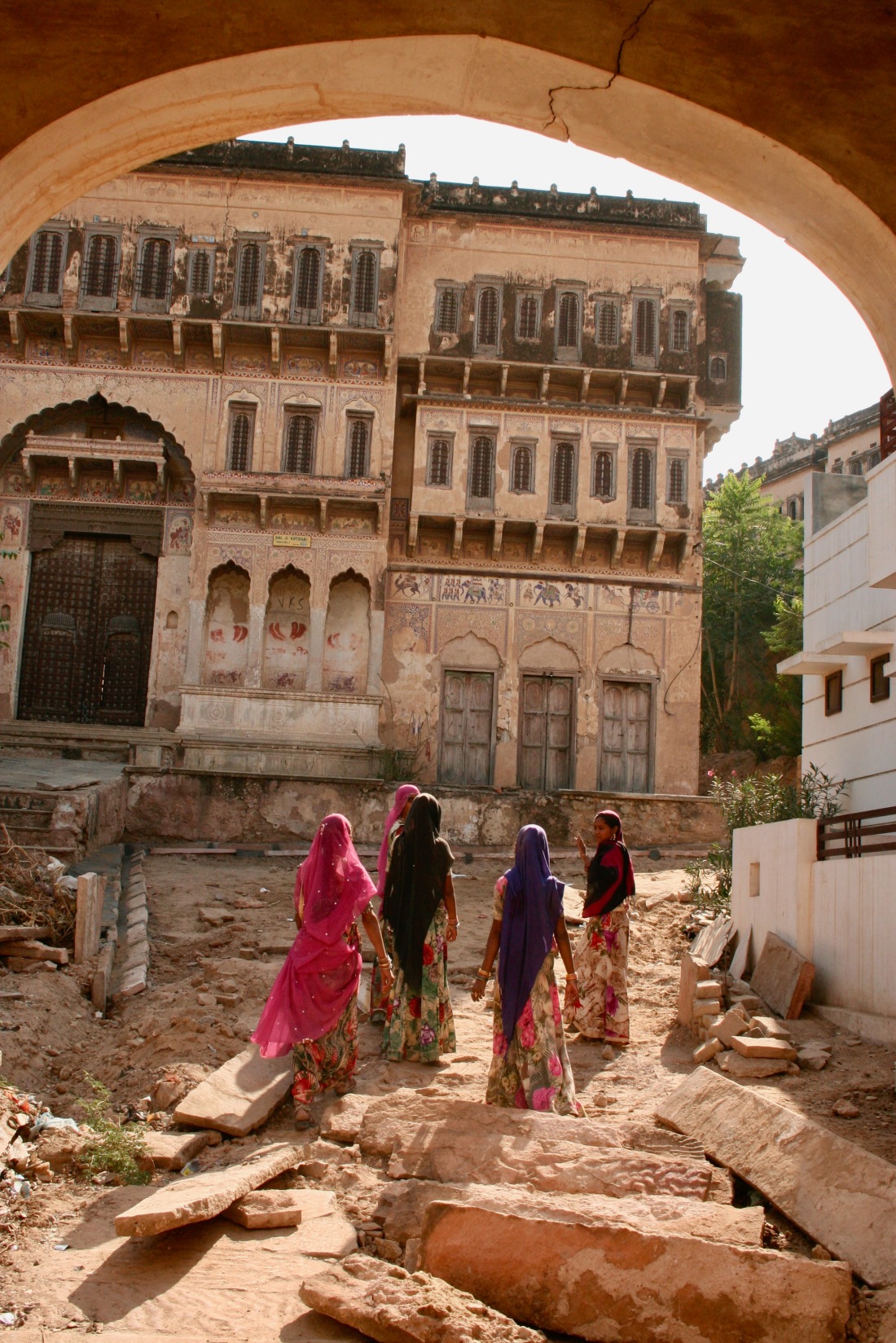